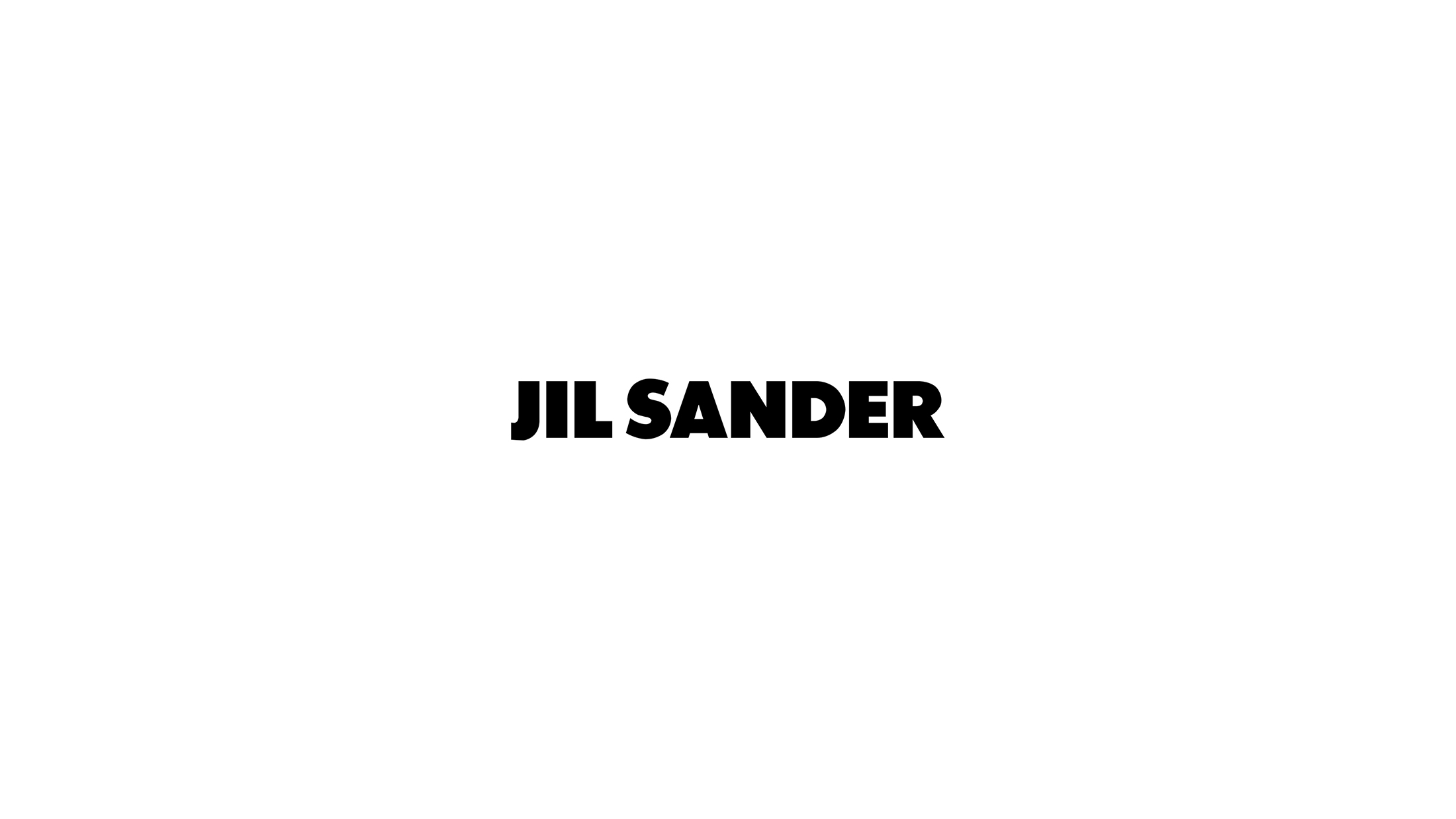 THE BEGINNING OF THE BRAND

In 1968, Jil Sander opened a boutique in Hamburg, Germany.

The founder is Jil Sander (real name is Heidely Irine Zander). Born in Hamburg, Germany in 1943. Graduated from Klefeld School of Textiles. After enrolling at the University of California in the United States for two years, he worked for a magazine company in New York, worked as a fashion journalist for women's magazines such as "McCall's" and "Konstanz", and returned to Japan in 1965.

Opened a boutique in Hamburg in 1968. Initially, he mainly sold clothes for Thierry Mugler and Sonia Rykiel, and in addition to them, he sold a few clothes that he designed.

Jil Sander's work as a designer has never been smooth sailing compared to the success of the next era. From the mid-1970s to the early 1980s when she started designing, so-called "gentle, colorful and flashy" clothes like those designed by Claude Montana were the mainstream. In the 90's, the sophisticated, delicate, and quality-focused minimalist design that characterizes her design was truly recognized, and we had to wait for the times to change. Nevertheless, Jil Sander's brand was able to survive the 1970s and 1980s because of the steady growth in perfume sales.

In 1989, Jil Sander was listed on the Frankfurt market in Germany, enabling large-scale overseas business expansion. The men's line started in the fall and winter of 1997. In 1998, he announced leather sneakers in collaboration with PUMA.

In 1999, the Prada Group acquired a 75% stake in Jil Sander at the height of the brand. After selling the brand, he resigned as a designer in the fall and winter of 2000, mainly because of his disagreement with Patrizio Bertelli, the group's general manager. It is said that the reason for the disagreement is the conflict between Jil Sander and the cost-conscious group who do not want to reduce the quality of the material. The Spring / Summer 2000 collection before retirement was well received, with many gorgeous designs being announced, unlike Jill.

After Jil Sander's retirement, the design after Jil's absence was done by Prada's design team. Milan Vicmilovich was appointed as the new creative director in December 2000 . (Vicmilovich was a short-term design director of Gucci and a former buyer of the famous select shop "Colette" in Paris.) After that, Vicmilovich was in charge of all shows and advertising campaigns. did.

In May 2003, Jil Sander returned to being a designer at the behest of the Prada Group. Designing for the 2004 Spring / Summer Milan Collection, Jil Sander resigned again in November 2004 due to incongruity with Prada.

Since 2005, Raf Simons has been the creative director of Jil Sander's menswear and womenswear. In 2006, investment fund company Change Capital Partnership acquired Jil Sander from Prada.

The women's collection by Simmons in the spring/summer 2007 season features a minimalist design centered on miniskirts, minidresses, and slender pants. In addition, the combination of colors, materials, and tailored style, which Simmons is good at, was excellent and received high praise. Since then, with Simmons' skill, Jil Sander's "color", "silhouette" and "functionality" and his collection have been highly acclaimed all over the world.

In 2009, he collaborated with Damiani to create a limited collection of earrings and bracelets.

From the spring/summer 2011 season, the new line "JIL SANDER NAVY" was launched. In 2011, a spring/summer 2012 show was held in Tokyo at the National Art Center, Tokyo. In August 2012, it opened the world's first flagship store in Aoyama, Tokyo.

Raf Simons has announced that he will resign as creative director at the end of the 2012-13 Fall / Winter collection, and founder Jil Sander himself will replace him. After that, Raf Simons became Dior's designer. Jil Sander retires with the Spring / Summer 2013 and 2014 collections. The design team will take over the brand.

In April 2014, Rodolfo Paglialunga was appointed as the new creative director. Worked on the first creation of the Spring/Summer 2015 collection.

In 2017, Rodolfo Parianga retired. Lucy and Luke Mayer have succeeded him as creative directors.

With the spring/summer 2019 season, the development of "Jil Sander Navy" will end.

Lucy Mayer was born in Switzerland. My mother is Austrian and my father is German. Learn about marketing in Florence, Italy and design and fashion in Paris. He then worked for a five-year design team at Louis Vuitton , led by Marc Jacobs . After that, he was active in Balenciaga under Nicolas Ghesquière. Recognized by Raf Simons and transferred to Dior . Became head designer of ladies' haute couture and ready-to-wear. After retiring from Raf Simons, he was appointed to five collections as co-creative director of Dior.

Luke Mayer was born in Canada. My mother is British and my father is Swiss. After studying finance and international business at the prestigious Georgetown University in the United States, he moved to the United Kingdom and majored in business administration at Oxford University. Go to FIT in New York. Launched the men's brand "OAMC" as a co-founder. His brand is also sold in over 100 stores worldwide.